Magnolia debuts as an actress, and Benjamín Vicuña shoots her

The opposition boycotts the Algerian election: “This is a fancy dress ball” 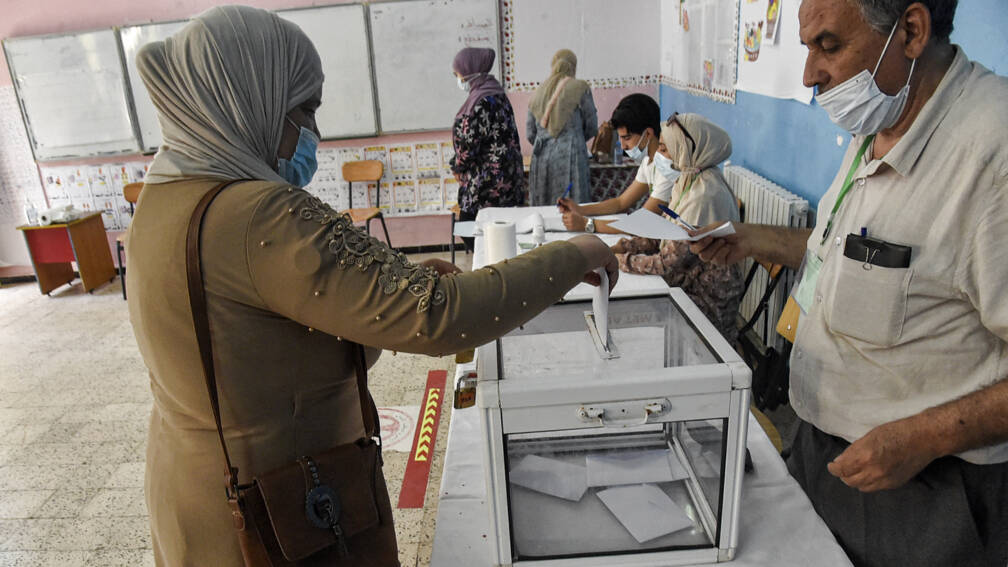 Today, Algerians went to the polling station to participate in the parliamentary elections. President Tebboune hopes that these will eventually bring some peace to this country; encourage everyone to vote.

The divided opposition said it was boycotting the election. Although thousands of candidates are vying for more than 400 seats, they say there are very few seats available today.

Dalia Ghanem, an Algerian expert at the Carnegie Middle East Center in Beirut, said: “These elections are disguise, an alibi of democracy. The regime is looking for legitimacy, and the ballot box is trying to generate that legitimacy.”

The election was not actually planned to be held before 2022, but was held in advance by President Tebone in response to the continued demonstrations. Tebboune himself talked about the beginning of “New Algeria”, but many Algerians lacked confidence in this; they believed that the military would eventually retain most of the power.

Ghanem: “Therefore, regardless of whether they vote or not, Algerians are divided. Some people think that this is an opportunity to implement changes from within, while another believes that participation provides a democratic excuse for the system and the regime.” She expects the turnout to be very low. , And the national television station will broadcast the image of the complete polling station.

This is the first parliamentary election since former President Bouteflika resigned in 2019 under pressure from millions of protesters. After Bouteflika stated that he wanted to run for a fifth term, Chirac (the “movement”) organized a protest. Bouteflika is a member of the ruling National Liberation Front (FLN) party and has been in power for 20 years. His successor is Tebboune, a former minister and member of the same National Liberation Front.

Due to the pandemic, the leaderless Chirac’s protests were temporarily suspended, but since February, Algerians have taken to the streets again every week. As in 2019, they demand political change, democracy and more freedom. They are dissatisfied with President Tebone and are often treated harshly by the police.

Algeria is a closed country. What happened there is not easy for most outsiders to figure out. The Internet is often blocked, and people do not like to talk to foreign journalists because they are afraid of being affected. “I can tell you something only if you don’t mention my name,” a woman from Algiers said on the phone.

She has been demonstrating for two years and said it is becoming more and more dangerous: “People are tired and worried about the future. That’s why we continue to demonstrate. We want the system to change. Our dream is a real one. Democracy, civilization and a better future. I have been in it for two years and have not seen any changes, so I will not vote because all of this is fake.”

She described the atmosphere in Algiers as “extremely tense”; there were many police officers in the streets. “During the demonstration, various people were arrested again, including various journalists. It is not clear how long people will be detained.”

On the eve of these elections, the repression intensified. There have been reports in recent days that many Chirac activists were arrested on the eve of the election. Those arrested included two well-known journalists Khaled Drareni and Ihsane el Kadi, and opposition leader Karim Tabbou.

The continued turmoil coupled with the lack of clear alternatives may give religious parties more opportunities to increase their influence in these elections. Ghanem: “I think Islamists will win a lot of seats, but they won’t get a majority, so they don’t pose a threat.”

The economic malaise caused by the pandemic and falling oil and gas prices will certainly pose challenges to future governments. The rise in unemployment and the decline in the purchasing power of ordinary people in Algeria will cause more and more dissatisfaction.

Magnolia debuts as an actress, and Benjamín Vicuña shoots her