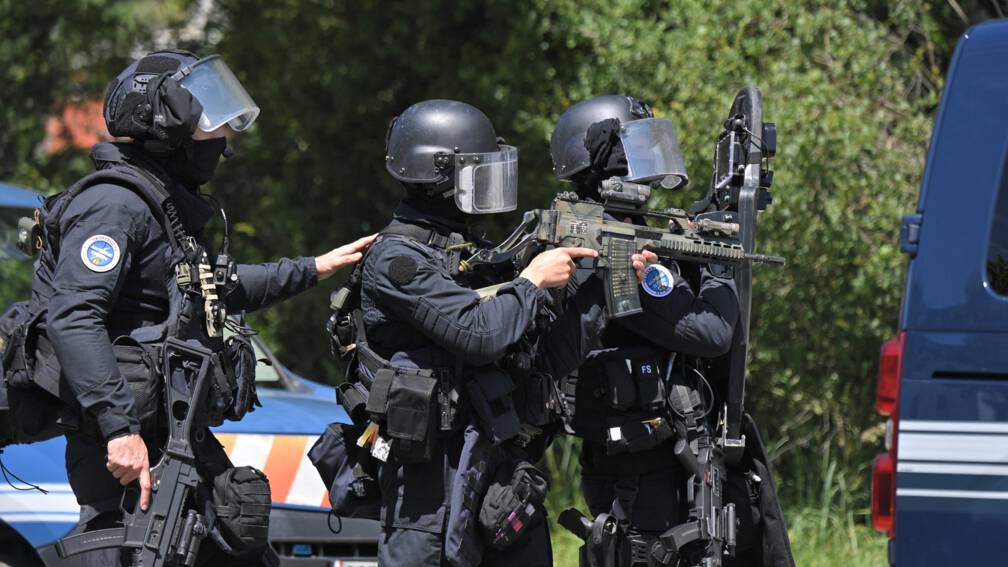 Three police officers were injured in a stabbing incident and then opened fire near Nantes in western France. The attacker was shot and succumbed to his injuries.

The Minister of the Interior Da Manning said that the man suffered from severe schizophrenia and was included on the list of Islamic radicals for “strictly” abiding by the religious precepts in prison. He was recently released from prison and is under psychiatric care.

The man is in his forties, French nationality, and was also born in France. According to Darmanin, he acted alone and was not convicted of terrorist acts.

The man walked into the police station in Chapelle-sur-Erdre on the outskirts of his hometown of Nantes this morning. Saying there was a problem with his car, he stabbed a policeman, took her gun, and shot her in the leg and hand.

According to Damanin, the woman was taken to the hospital in a critical condition but is now out of danger.

The perpetrator escaped in a car with the victim’s gun. Due to an accident, he soon had to continue walking.

A police force of 200 people chased them with helicopters and dogs. According to the police, the perpetrator was found a few hours later and locked in the forest, after which he started shooting. Two officers were injured and he himself was shot, after which he succumbed to his injuries.

This incident is another violent incident against the police. A month ago, a policewoman was stabbed in Paris near Tunisia. She watched a video celebrating jihadist violence before the attack.

A member of an anti-drug department was shot dead in Avignon. After that incident, thousands of agents held demonstrations in Paris, demanding better protection of the police and higher penalties for acts of violence against the police.

“In Africa, China is combating again in opposition to the legacy of colonialism”

Thomas Borrell and Antoine Glaser: “French withdrawal from Africa will likely be an indication of rupture”