ADDIS ABABA, June 11 (Xinhua) — The Ethiopian government has launched a new COVID-19 vaccination campaign to boost inoculations and control the spread of the pandemic.

State-affiliated Fana Broadcasting Corporate, citing Dereje Duguma, Ethiopia’s State Minister of Health, reported on Saturday that the number of infected people who are going to the Intensive Care Unit has been increasing over the past month in Ethiopia.

The state minister said that the dynamic nature of the virus coupled with lax precautionary measures by citizens are the major factors exacerbating the infection rate during the past month.

The East African country, which has so far administered more than 29.7 million COVID-19 vaccine doses, reported 736 new COVID-19 cases over the past 24 hours, taking the national count to 477,742 as of Saturday as the death toll stood at 7,516, according to the latest figures from the Ministry of Health. 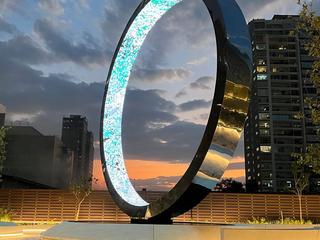 There is more to this story

But it’s a member-only story. Subscribe today to unlock it and more…

for the first 12 weeks

for the first 12 months.

Agree to News Corp Australia Privacy Policy and to hearing from us with special offers and marketing.

Our Privacy Policy includes important information about our collection, use and disclosure of your personal information (including to provide you with targeted advertising based on your online activities). It explains that if you do not provide us with information we have requested from you, we may not be able to provide you with the goods and services you require. It also explains how you can access or seek correction of your personal information, how you can complain about a breach of the Australian Privacy Principles and how we will deal with a complaint of that nature.

for the first 12 weeks

Tributes have poured in for a ‘gorgeous girl’ following her tragic death on the Gold Coast. Find out how family and friends plan to honour her memory.CentralDon’t miss out on the headlines from Central. Followed categories will be added to My News.Family and friends have paid tribute to a “beautiful soul” and “gorgeous girl” following…

Tributes have poured in for a ‘gorgeous girl’ following her tragic death on the Gold Coast. Find out how family and friends plan to honour her memory.

Don’t miss out on the headlines from Central. Followed categories will be added to My News.

Family and friends have paid tribute to a “beautiful soul” and “gorgeous girl” following her tragic death on the Gold Coast.

Lizzie Kerry drowned near the Esplanade at Elkhorn Ave, Surfers Paradise, about 4am on May 21.

Emergency services performed CPR on Ms Kerry after she was pulled from the water, but she was pronounced dead at the scene.

Police said the 32-year-old was visiting from NSW and her death was not deemed suspicious.

Her close friend Kristopher Vincent started an online fundraising page to pay for funeral costs, which has since raised a whopping $20,000.

He described the 32-year-old as a “gorgeous girl”.

“A sister, a daughter, a friend, a kind voice – whatever Lizzie meant to you, she was the brightest light, a ball of energy and the definition of ‘lights up a room’,” Mr Vincent said.

“Her family and friends want to send her off in style and re-live the memories in all of the cities she called home, across Australia and New Zealand.

“Any remaining funds will be donated to Lizzie’s favourite charities.”

Tributes for Ms Kerry flooded her social media accounts, with Jess Petersen describing her as a “beautiful soul”.

“Sending my love to you darling and fly high Lizzie you absolute angel.”

Mel Sharpin said the world would not be the same without her bubbly spirit.

“You will be missed Lizzie Kerry. May you fly even higher in your new life,” she wrote.

“The world won’t be the same without you.”

Another urged other people to “live life like Lizzie”.

Just weeks before Ms Kerry’s death, lifeguards pleaded with swimmers to follow safety warnings in the wake of the drowning of a Gold Coast man in his 30s.

There had been five beach rescues on the Gold Coast that week.

“It’s frustrating because it doesn’t appear the messages are being heard,” Mr Flori said at the time.

To view the fundraising page for Ms Kerry, visit here.

A Brisbane start-up has added an Aussie twist to a classic Italian cocktail which its owner describes as a `kind of Sophia Loren meets Bondi Beach’ and they are set to take off overseas.Tom Maclean’s quest to add a unique Aussie twist to an Italian aperitivo started over a decade ago and while not without…

A Brisbane start-up has added an Aussie twist to a classic Italian cocktail which its owner describes as a `kind of Sophia Loren meets Bondi Beach’ and they are set to take off overseas.

Tom Maclean’s quest to add a unique Aussie twist to an Italian aperitivo started over a decade ago and while not without trials his venture is now flying high.

After building up SOFI, which makes Australia’s very own aperitivos and serves more than three million wine-based cocktails annually, he is forging ahead with global plans to take his startup to even greater heights.

This year Brisbane-based SOFI plans to take on the global export market through the launch of a new 16 per cent Alcohol-by-Volume (ABV) SOFI aperitivo format, as well as a collaboration with Australia’s national carrier, Qantas.

Mr Maclean said he was at a barbecue in Sydney when he first thought of what he described as a “kind of Sophia Loren meets Bondi Beach”.

“I love Aussie wines and we have an amazing wine industry. I was living in Bondi and having a lot of backyard barbecues and the wine didn’t really fit with the backyard barbies we were having so I wanted a product that reflected that kind of more casual occasion,” he said.

That germ of an idea complemented Mr Maclean’s travels to Italy, which introduced him to Italian wine-based aperitivo and spritz.

The twist was that he wanted to “Aussie-fy” the classic spritz by using all natural ingredients and no added sugar to appeal to health-focused consumers and Mr Maclean – who at the time was in the finance industry – joined forces with fifth generation winemaker Simon Gilbert, to blend grapes from across the country’s premium wine regions.

They also worked with the late Bill Torrey, who brought decades of experience pioneering botanical distillation.

Increasingly SOFI has been harnessing local extracts of Native Lemon, Tasmanian Pepperberry, Finger Lime and Davidson Plum to ramp up the uniqueness of their concoctions.

Mr Maclean said SOFI’s spritz debuted at the Bondi Farmers Markets in 2013 and three years later the startup was given a shot in the arm with an appearance in The Shark Tank.

They received offers from four of the sharks and accepted a joint offer at the asking price, $130,000 for a 10 per cent split of the business from Glen Richards and Steve Baxter who remain close advisers.

They also raised more than $41,000 from three campaigns through rewards-based crowdfunding platform Pozible and in 2019 SOFI completed a crowd sourced funding offer through Equitise and raised about $550,000.

Mr Maclean, who has returned home to live in Brisbane, said the Qantas deal was kickstarted through Mr Baxter’s team which helped them land an initial introduction to Qantas, five years ago.

“In the middle of Covid Qantas’s head of beverages called me out of the blue saying they wanted to do a special bespoke cocktail to launch international travel,” he said.

“He said they wanted it to be wine-based and have Australian ingredients. We worked for a year developing two recipes and they chose one of those, Sky Spritz, which launched on international flights in December.

“The Qantas deal is a massive one and off the back of that we are getting really strong interest out of international markets.”

The Sky Spritz is an ode to Australian native botanicals, featuring Davidson Plum and Finger

Lime, both of which hail from the subtropical rainforests of Queensland.

While SOFI is flying high with growth of around 20 per cent in 2020-21 and revenue hitting around $2.5m, Mr Maclean said Covid hit them hard, disrupting expansion overseas and keg sales to Australian pubs.

“Before Covid hit we were doing a lot of cocktails in kegs with cocktails on tap and we were in some of the biggest high volume venues in the country,” he said.

“But we got smashed by Covid and it was very tough. It was a massive readjustment and we had to stop doing kegs and developed our full strength aperitivo which is in the spirit category.”

SOFI aperitivo has won a silver award at the Melbourne International Spirits Competition 2021 and the company also inked a national deal with one of Australia’s leading distributors, Joval Wine Group.

Mr Maclean said the aperitivo format was not only to keep up with consumer behaviour but to help pave the way with plans for international expansion.

“We had great interest from international chains, yet we couldn’t make the premix canned

cocktail format stack up for export,” he said.

“Australia is pretty unique in that we massively over-index on premixed/RTD/RTS (Ready-to-Drink/Ready-to-Serve) consumption. So in that case, the higher ABV SOFI aperitivo gives us an opportunity to take SOFI to the world. Perhaps, we will sell aperitivo back to Italy?

“Covid lockdowns and consumer behaviour also added to this shift as we saw people creating cocktails. We were super excited about giving our consumers the freedom to mix SOFI to their taste and letting their creativity run wild.”